Jyoti Singh, a Powai resident, real estate professional and mother of a teenage son, broke stereotypes by becoming Powai’s first lady biker to ride to Nathu La pass on her Royal Enfield Thunderbird. She is currently working to cement her group’s achievements in the Indian Book of Records.

Q: What piqued your interest in riding?

“I’ve always had a fascination towards bikes. However, I had never really actively pursued it as a hobby. In fact, the closest to riding I had gotten was taking my Honda Activa from point A to point B to carry out daily chores. However earlier this year I thought to myself that perhaps I should give it a shot, so I joined a group of friends and started riding pillion, enjoying the experience from the backseat. So one day I went to the Royal Enfield showroom in Bhandup with some fellow bikers, a particular bike caught my eye, when one of my friends jokingly remarked that I will not be able to handle this bike, it’s too big, your legs won’t reach, let it be! Taking it as an open challenge I replied saying, “Oh really? Is that a challenge?” So I sat on the bike to prove the juvenile point that my legs indeed reach! The moment I sat on that bike something in me just clicked, that bike just felt like a natural extension of me.”

“Fascinated by the feel of the bike I asked Parikshit Yadavfrom Royal Enfield if there is any Biker club which I could join, he was extremely courteous and instantly added me to one of their ladies riding clubs named the ‘Sonia Flying Riders.’ And invited me to be a part of their regular Sunday rides. Intrigued I jumped at the opportunity and tagged along on their weekly events. During one of their events, I was given a ‘Royal Enfield Himalaya’ to ride. Now bear in mind that until then I had only ridden pillion and had never actually ridden a bullet myself, however, my fellow bikers were persistent and made sure I took the Himalaya on a spin around the beach. To my complete surprise, I realised that I’m quite a natural, and that is how I began to take the first baby steps in my biking journey.”

“Being quite the social media fanatic, my profile was full of pictures with Royal Enfield bikes, prompting many of my friends and members of my extended family to ask me if I had bought a ‘Bullet,’ this repeated questioning planted the seeds of desire to buy a bike in my mind, and eventually it prompted me to act, I bought my very own Thunderbird! Still a novice with only a few weeks of experience, I decided to ride all the way till Pune! With my son! I don’t know what got over me, but I had to do it! In hindsight, It was extremely reckless and something I should have put some serious thought into!”

“After successfully riding from Mumbai to Pune and back with my son, I developed supreme confidence in my abilities and though still a rookie, I wanted to crank up the challenge up a notch or ten, and that my friends is how I decided to embark on my thousand kilometres plus engine wrecking journey to Nathu La Pass.”

Q: Break down your journey, right from the get-go, do tell our readers about your most memorable moments?

We were a group of five, me, Mrunalini Zogde, Priyanka Unecha, Bhavna Makwana and Sushma. Our journey started via a flight to Bag Dogra, in Siliguri in West Bengal, where due to some logistical hassle we were forced to wait for our bikes for over three hours. To add to my misfortune, my Thunderbird got wrecked during transportation, my new bike was trashed, I was in utter disarray, my bikes clutch, handle, leg guard got damaged,” she said.

She improvised and took the bike to the local Royal Enfield repair centre which fixed my bike within a few hours! They proceeded to Gangtok, from where they covering an average of 200 km a day on treacherous but breathtaking Himalayan terrain. The road, or rather lack thereof was beyond miserable, putting even Mumbai roads to shame. Distances which would have under ideal conditions taken fifteen to twenty minutes took over an hour at times. At Sikkim, the roads resembled craters on the moon.“However, don’t get me wrong the civic administration there worked tirelessly but could not beat environmental factors like avalanches and landslides.”

“An interesting incident that I would like to narrate is during a near-vertical climb on the mountains, I had nearly made it to the top when the sheer steepness of the slope overpowered my engine, leading me into sort of an impasse – neither could I go up or go down, unless I wanted to die! I was stuck in a crater! Undeterred I revved up the acceleration and eventually whooshed past riding up the slope…in style! Some of my fellow bikers below me were not so lucky, receiving a few minor injuries. After encountering thousands of craters over the course of our journey it became natural for us to the point that a stretch of the relatively smooth road started to feel odd!”

“The Indian Army’ssheer support and respect in tirelessly helping civilians, providing medical support to anyone feeling even remotely unwell are indescribable. One of the army officers was stunned and said: “Ma’am this the first time we have come across female riders here, you should be proud of your achievement, you guys are setting a phenomenal precedent for young girls.” The locals too were very excited to see the group, taking selfies and turns to sit on the bikes.

Lack of petrol pumps also forced them to carry petrol in heavy Jerry cans, where to the army came to the rescue helping carry these back-breaking cans. Jyoti also notes the physical toll the altitude took as they were not properly acclimatised, and thus prone to high altitude ailments such as Acute Mountain Sickness (AMS).“At ‘Guru Dongmar Lake’ which is 18,000 feet high, temperatures were as low as -8 degrees Celsius, where we had all at some point displayed symptoms of confusion, shortness of breath, and fatigue while risking frostbites, but we overcame it!”

“The next day was the highlight of the trip, the iconic Nathu La ride! At Nathu La, we discovered that we were one of the first or perhaps the first group of women to ride till there from this route. During our tour of the pass, we interacted with dozens of soldiers, every time I saw an army man I used to stop and salute and they used to politely salute back, as a mark of my amazement for the near-fatal and hazardous conditions they serve in!

My bike took quite a beating – during the mid-point, the exhaust fell off! With no garage or mechanic nearby, the bikers went about the repairs themselves. “This self-reliance despite the unforgiving terrain was another memorable moment,” she said.

“Another memorable experience was the demonic snowfall, with the snowflakes seeped into my boots and melted, causing my feet to freeze! With no spare boots, I had to go on for hours with my feet completely numb! I should have packed more intelligently as frozen boots could have led to hypothermia or worse frostbite!” she remembers.

Q: How has your experience been, as a member of the biker community?

“We are a closely-knit group of like-minded people and the camaraderie develops from braving the weather, eating stale food, helping each other as a cohesive unit. I am yet to experience another support system like this anywhere. A fellow biker will never let you down!” Jyoti is now working to cement her groups achieves in the Indian book of records and will be embarking on series of even more challenging rides, with her dream to one day ride across the ocean trail in Australia, something she says is every biker’s goal! 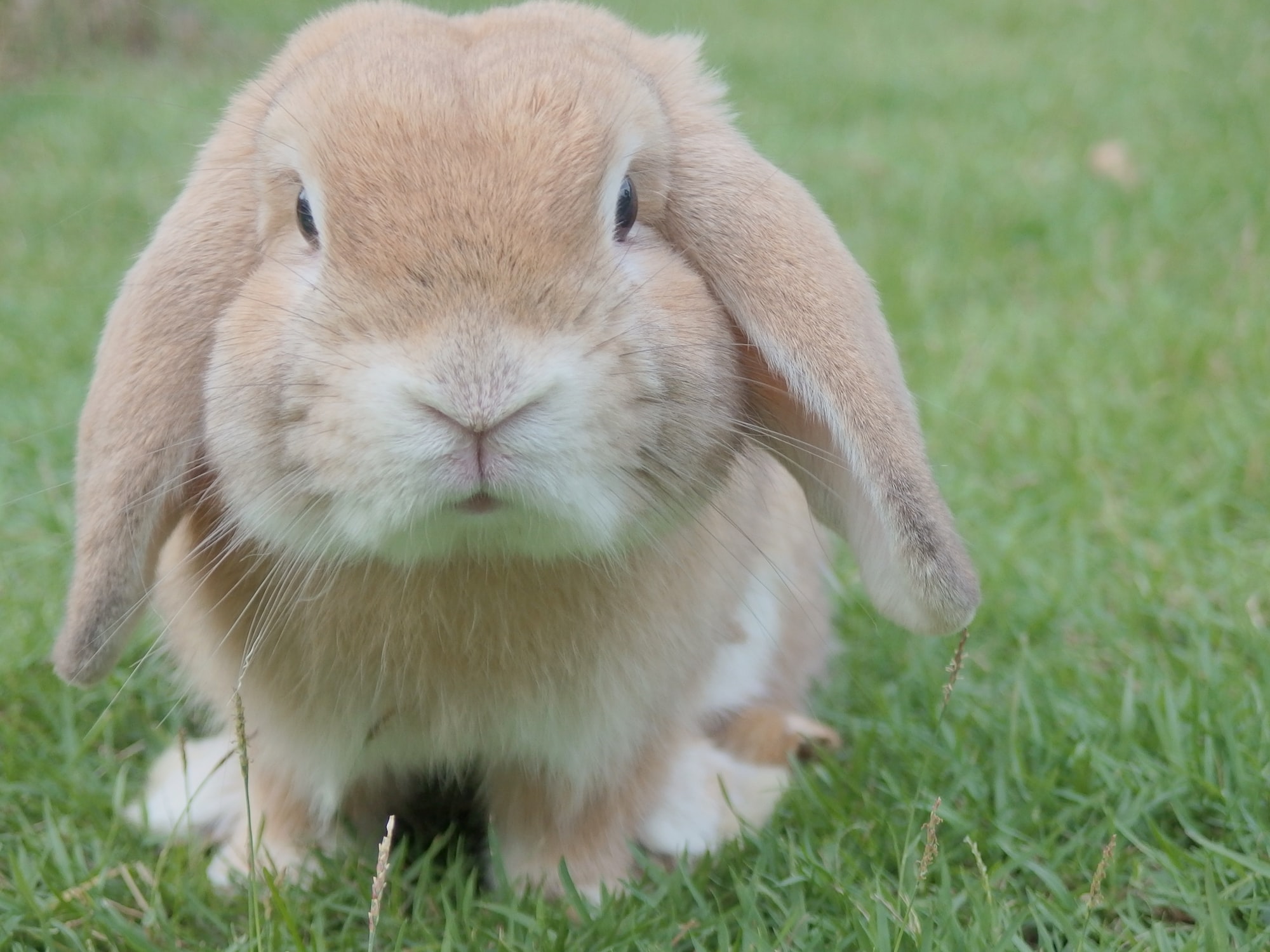 Powai mom Rashmi Chand has written a fun book to get your little ones interested in brushing their teeth. Getting toddlers to brush is a challenge that most parents face.

The multi-award-winning resto-bar, The Sassy Spoon has launched its newest outpost in Powai. Celebrating cuisine from around the world, the theme of their new outlet is ‘Travel the World on a Plate’  Embark on a culinary journey with The Sassy Spoon Powai,