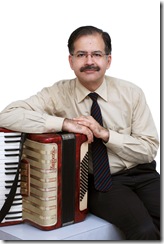 In Accord with the Accordion:

An instrument that makes you immediately go sentimental, taking a retro route to the old hindi movies, the Accordion or the Piano Accordion, is played by strapping round the chest.The right hand plays the Melody while the left gives the Rhythm(the beat)
In the hands of an accomplished  player it produces haunting ,rich,unforgettable melodies.
Raj Kapoor-the Greatest Showman of Hindi films discovered it early and made it famous in India!

All renowned music directors have at one time or other used it extensively for its rich,melodious texture.
Subsequently the advent of  keyboards may have resulted in the decline of this instrument, but pure passion is what keeps Ram Aswani, to pursue playing this instrument.

Ram Aswani is an Electrical Engineer with over 18 years experience in the Electrical Manufacturing,Medical Diagnostics & Corporate Training lines.

He started playing music from the tender age of 9 years on an  Accordion belonging to his father.  Once his father saw his interest he immediately arranged for music tuition's from the late Mr.Arthur Jacobs.  By the tender age of 10 Ram started playing Western Pop music  for AIR Bombay's "Wonderland" children's  programs.  At the age of 12 he played 'live' for Bombay Doordarshan's  "Magic World" program- a noteworthy achievement in those days of no privatisation.He played along with other musicians &  Singers for his school (Palm Beach) programs . 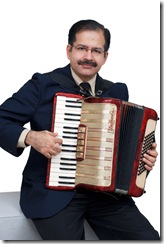 By age 18 he went to MIT (Manipal) for a Five Year Electrical Engineering  Degree -seniors heard his performances and advised him to play Hindi film music for the cosmopolitan crowd there.  He played for several College and Stage shows in places as far as Mangalore, Bangalore, Mysore etc. He excelled in accompanying singers in languages like Kannada, Oriya, Malayalam, Tamil besides Hindi. He won several awards at College and Interstate level for instrumental solos.   After completing Engineering at the age of 23 he  concentrated on establishing his business and spending time with his family.

Recently he continues his musical journey -his accomplishments include  playing LIVE at Indiyeah 2006(Mumbai Fesival) at MMRDA Bandra as well as Powai.Film personalities who have listened to him in person include Shatrughan Sinha,Bappi Lahiri,Sanjay Dutt,the thespian Dilip Kumar ,Ramesh Sippy & Raza Murad.

He plays for several private & public get together's,associations,jams with groups,orchestras like Kalakar,Golden Greats & others! He plays regularly for AURA (Rodas).

His first Instrumental album was released by T Series.Articles of this release have featured in Newspapers & Music magazines.

Net Savvy people can watch (You Tube) or listen to him by a simple Google search! 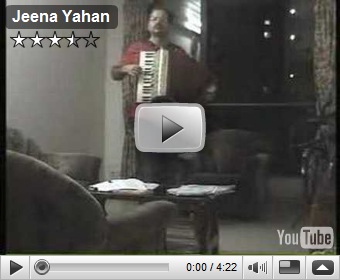 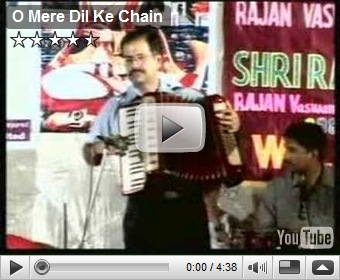 He has just come up with another album "Har Dil Jo Pyar Karega" released by VISION.The album was released by Vinod Rathod at a star studded function recently.

This Album has 8 Super Hits of Raj Kapoor-the music has been recreated by Manish Sinha.

Society has its own pool and gym. There is also access to main Raheja vihar Clubhouse that…