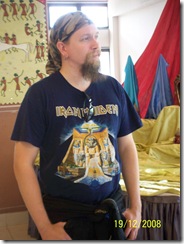 Ensiferum All u metal lovers, the show you’ve been waiting for is finally here.  MI Pronites kicks off with a bang bringing you Finnish metal legends Ensiferum.  Guaranteed to set the night ablaze with the best Viking metal, it’s going to be a headbanger’s paradise leaving you begging for more. LAI LAI HEI !!! 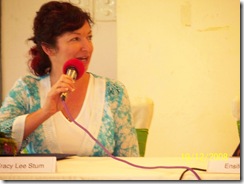 Along with conducting street painting workshops for participating students, Tracy will be creating several 3D street paintings, solo and with teams of students, at MoodI this year. Please stay tuned with updates on my blog throughout the course of the Festival. 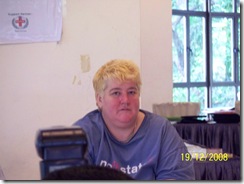 Nofit State Circus are widely recognised as the leading contemporary circus in the United Kingdom, and perhaps Europe, producing and performing professional touring productions at all scales and a wide range of community, both international and local, training, and education projects for people of all ages. This highly exciting circus has rather humble origins, formed just over twenty years ago by five friends after they performed in a small street circus show. Through their vision, dedication and hard work the circus has grown from a small relatively unknown entity to one of international renown.

‘Less of a circus more a parallel universe’ – The Sunday Herald

‘It’s still the greatest show on earth’ – The Observer

Mood Indigo, in association with the British Council, is proud to be host the first ever performance by Nofit State Circus outside Europe. Nofit State will be performing its most widely acclaimed show, Immortal, in IIT Bombay Convocation Hall on the 20th of December, the day Mood Indigo kicks off. To make this historic performance all the more unique, it has been specially revamped for indoor performance.

Pay homage to the glorious ancestry of Chinese food in India with House Of Mandarin, now o…

We will send you little pieces of information so you can build up your digital marketing game.